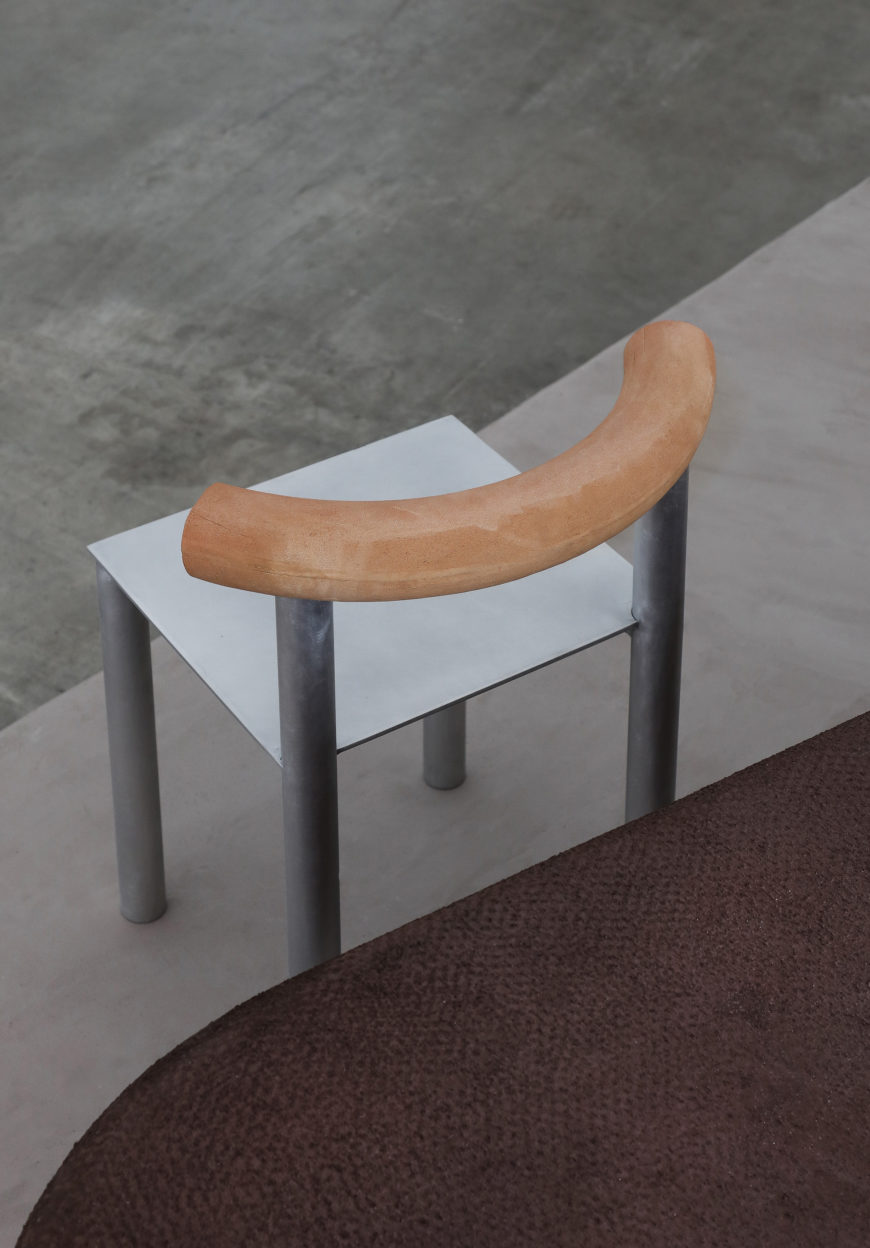 Brick’s Reflection is first and foremost a tribute to the brick; to its rough, veined surface and distinctive touch, to its straightforward composition and the appeal of its colours. Qualities which, in our regions, are bound to a collective memory, to the general nature of our streets, towns and villages. However, Linde Freya Tangelder decided to address these characteristics through their opposite. A choice that allows her not only to discuss what surrounds us, but just as much, if not more, to contemplate the future possibilities it implies.

In this design of a chair, the archetypal reddish-brown of the baked clay is combined with a soft grey aluminium. An undeniable colour contrast which, furthermore, emphasises the differentiation of textures and the dialogue which unfolds from there; between the porous and light-absorbing surface of the stone and the manually sanded, slightly reflective metal. Contributions to a well-considered and sensibly pursued balance that maintains both aesthetically and technically. For where the components already complement each other visually, they sustain one another physically as well. A harmonious condition ensuring that even the smallest details can come to the fore, including the delicate patterns generated by the sandpaper and the intentionally concealed seam of the brick backrest.