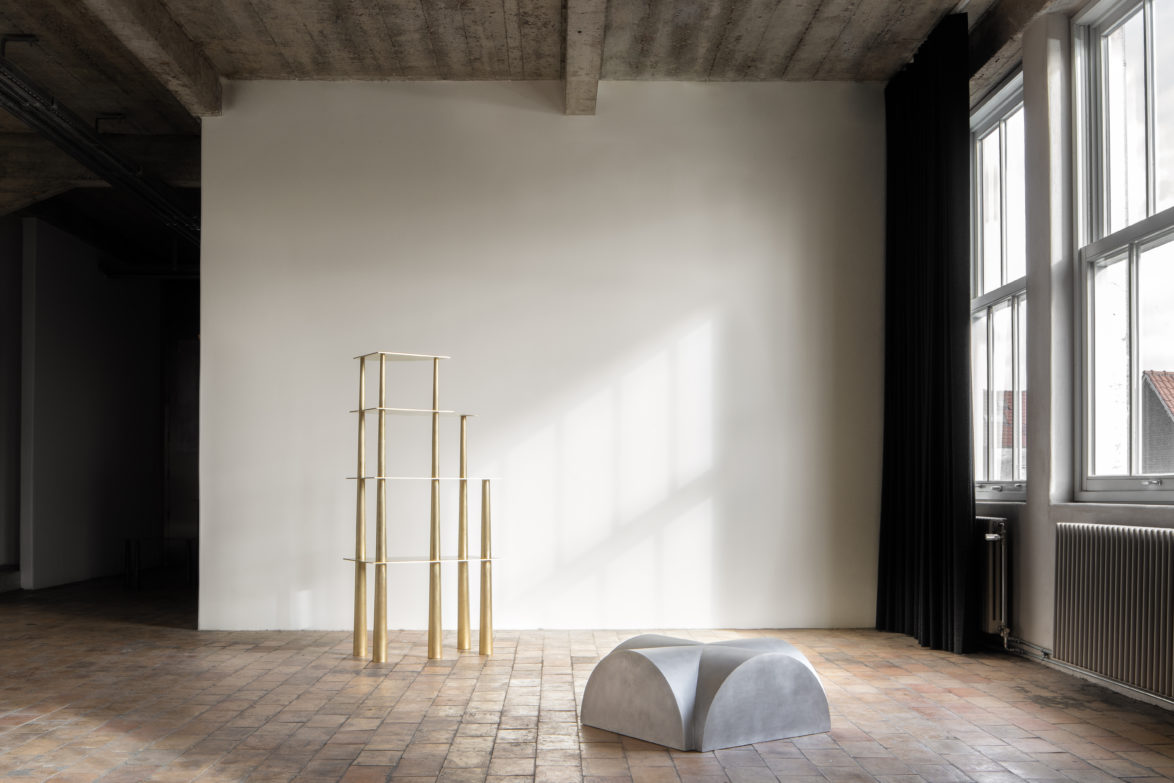 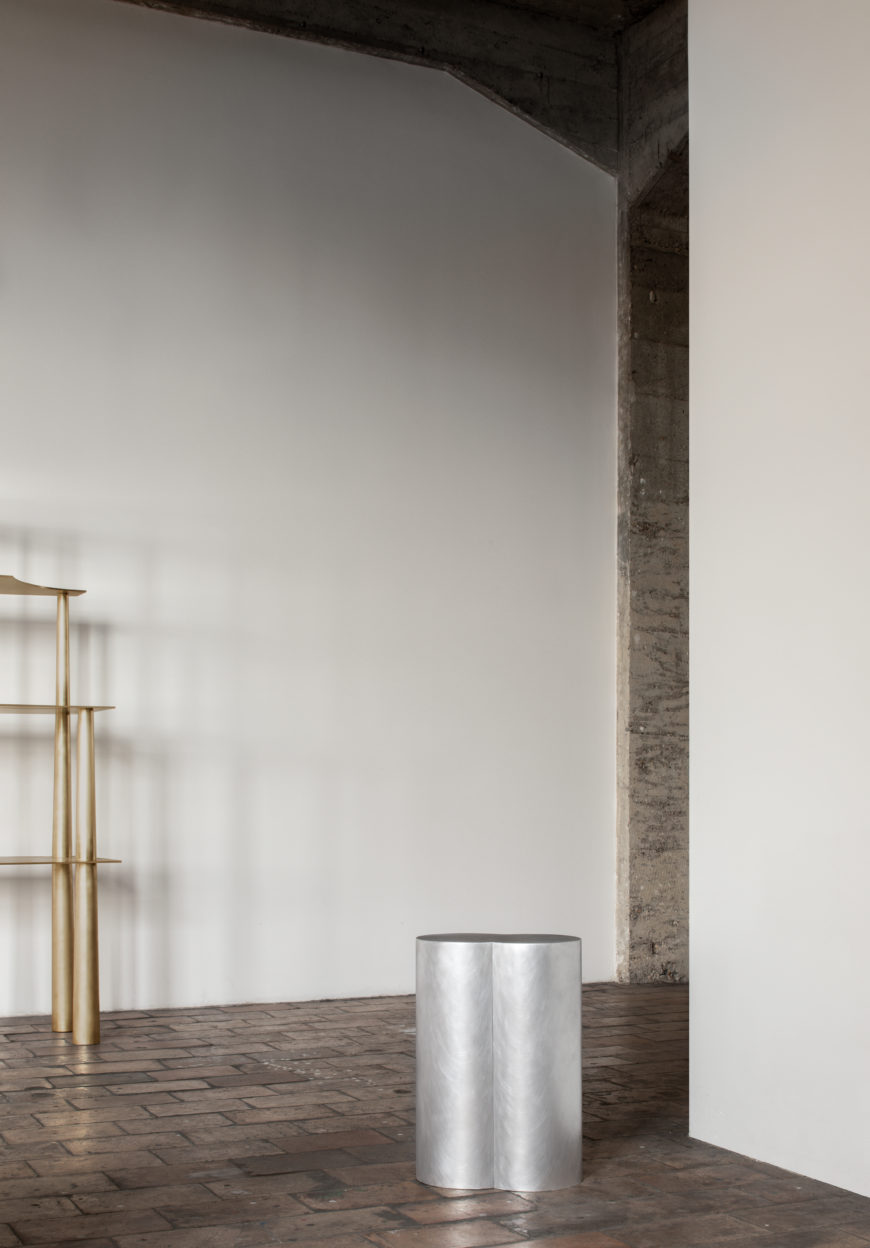 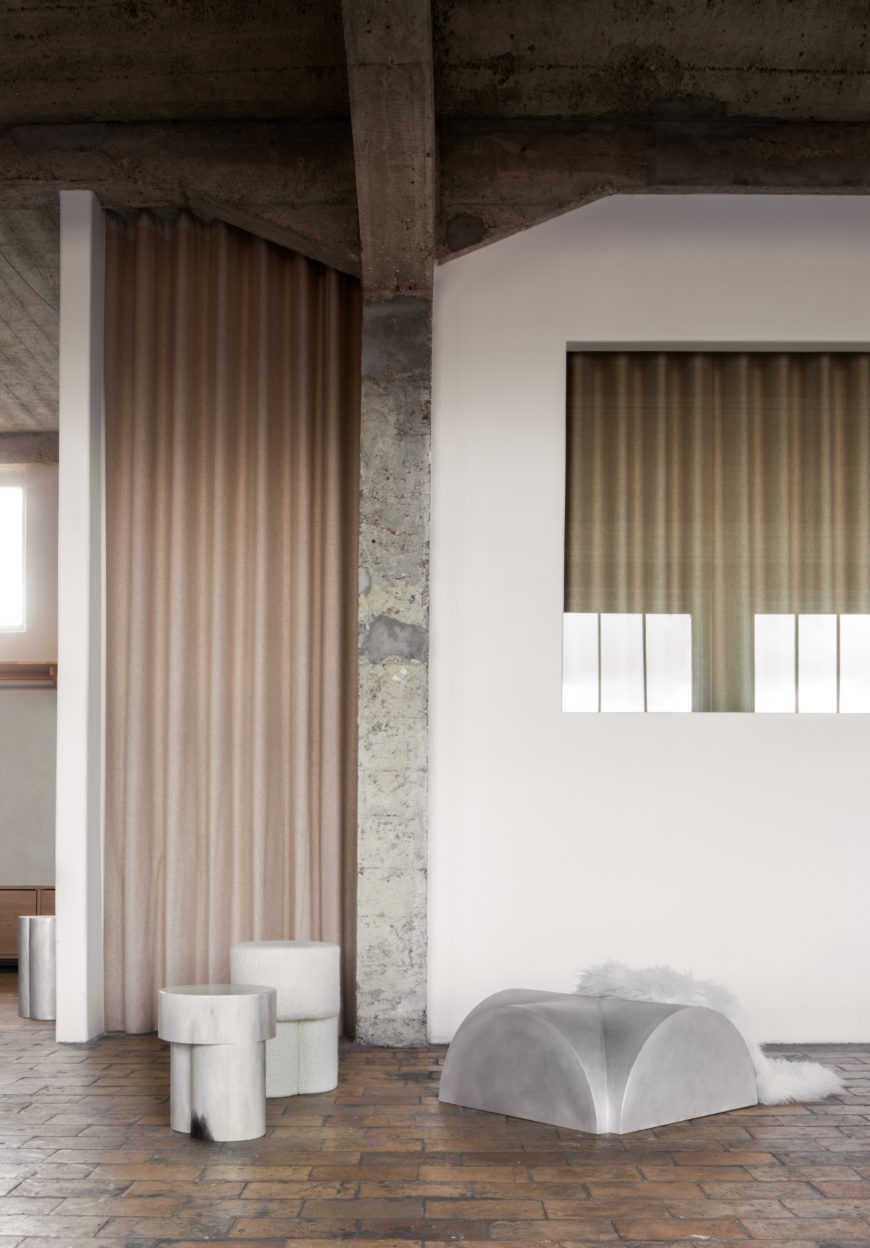 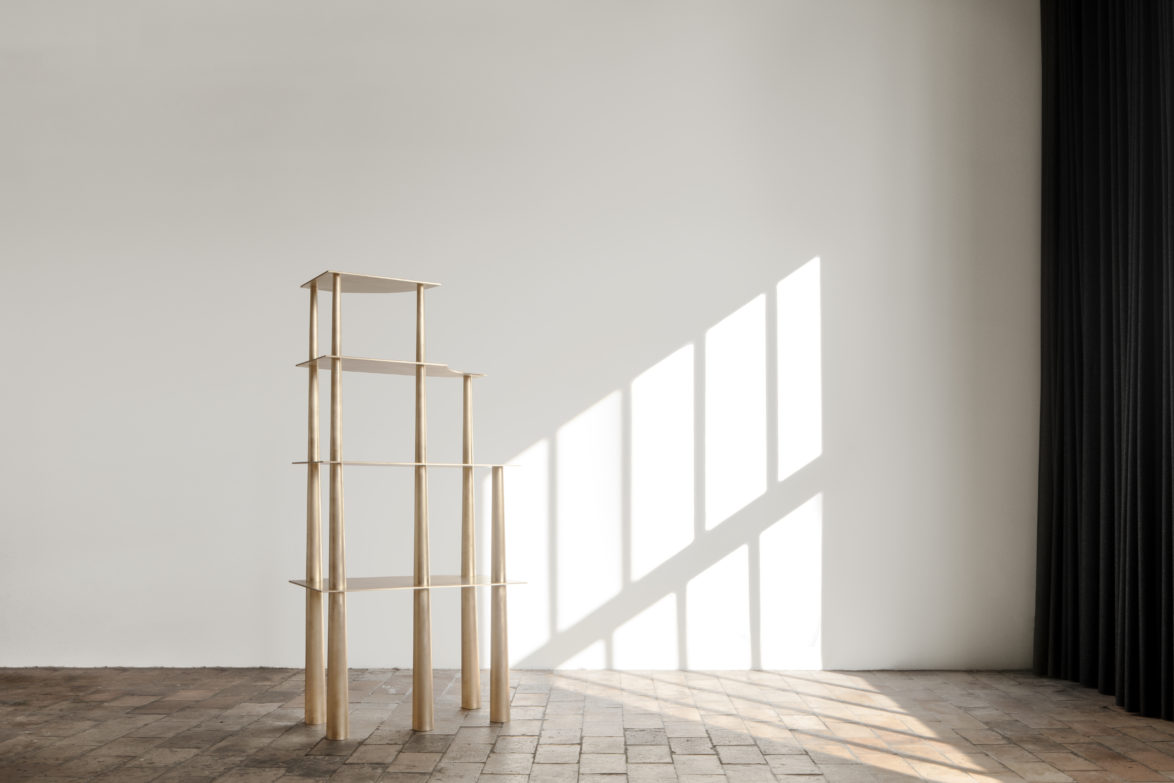 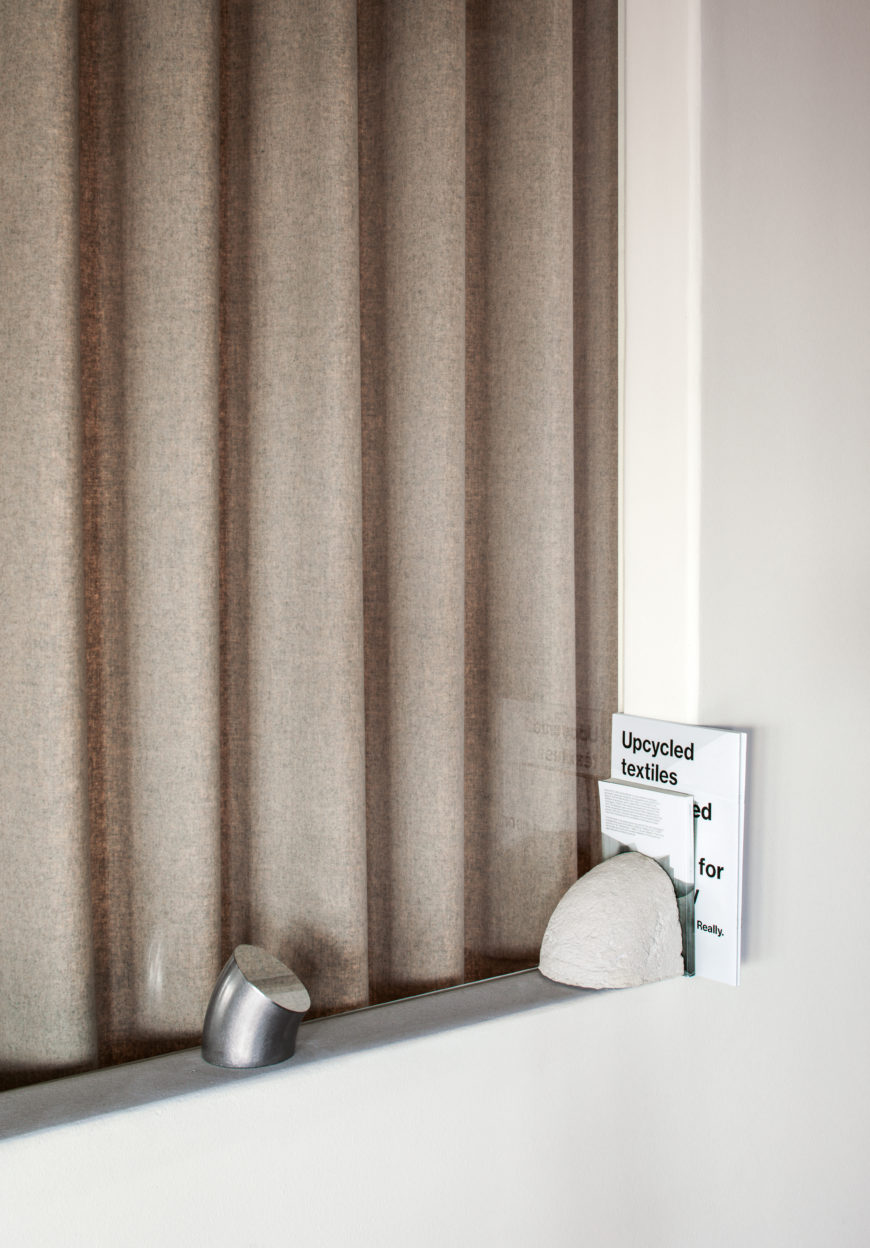 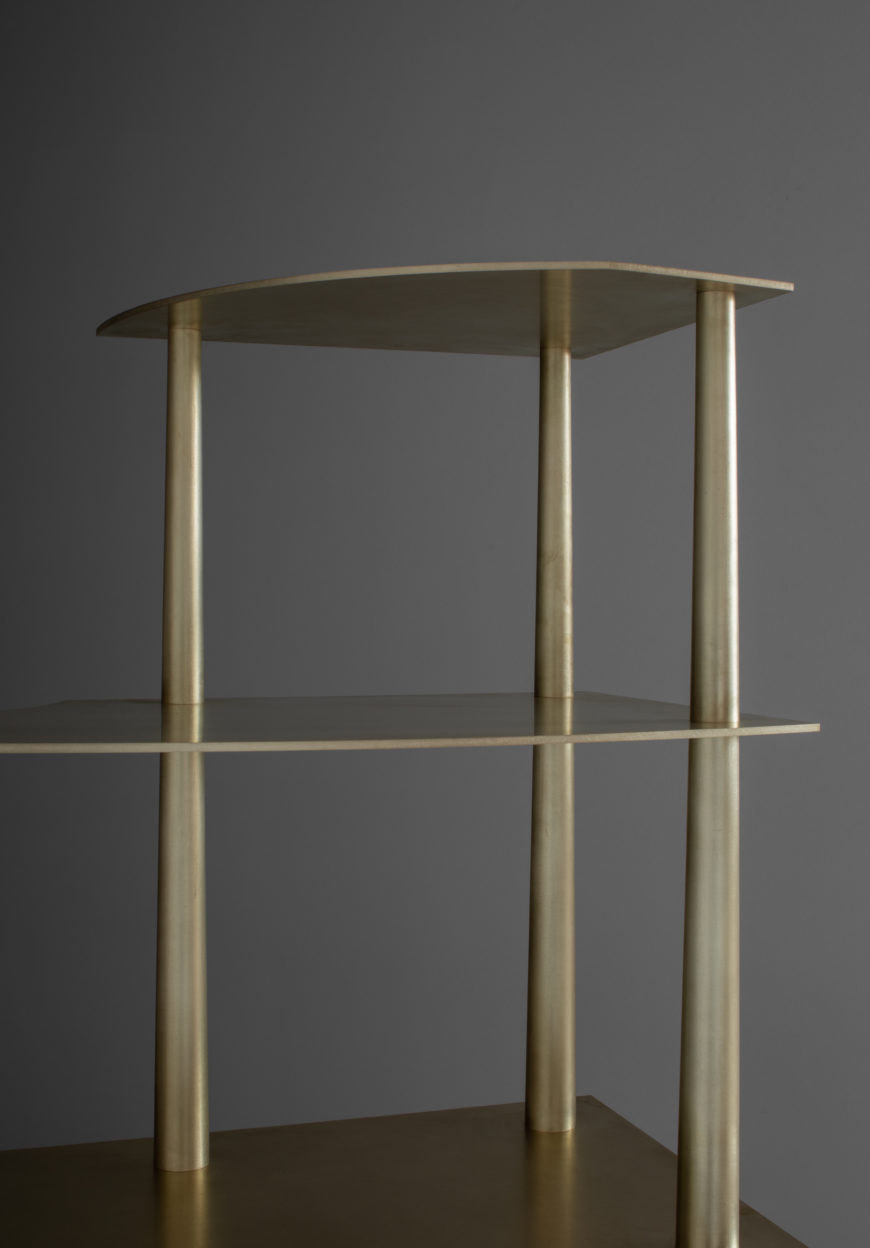 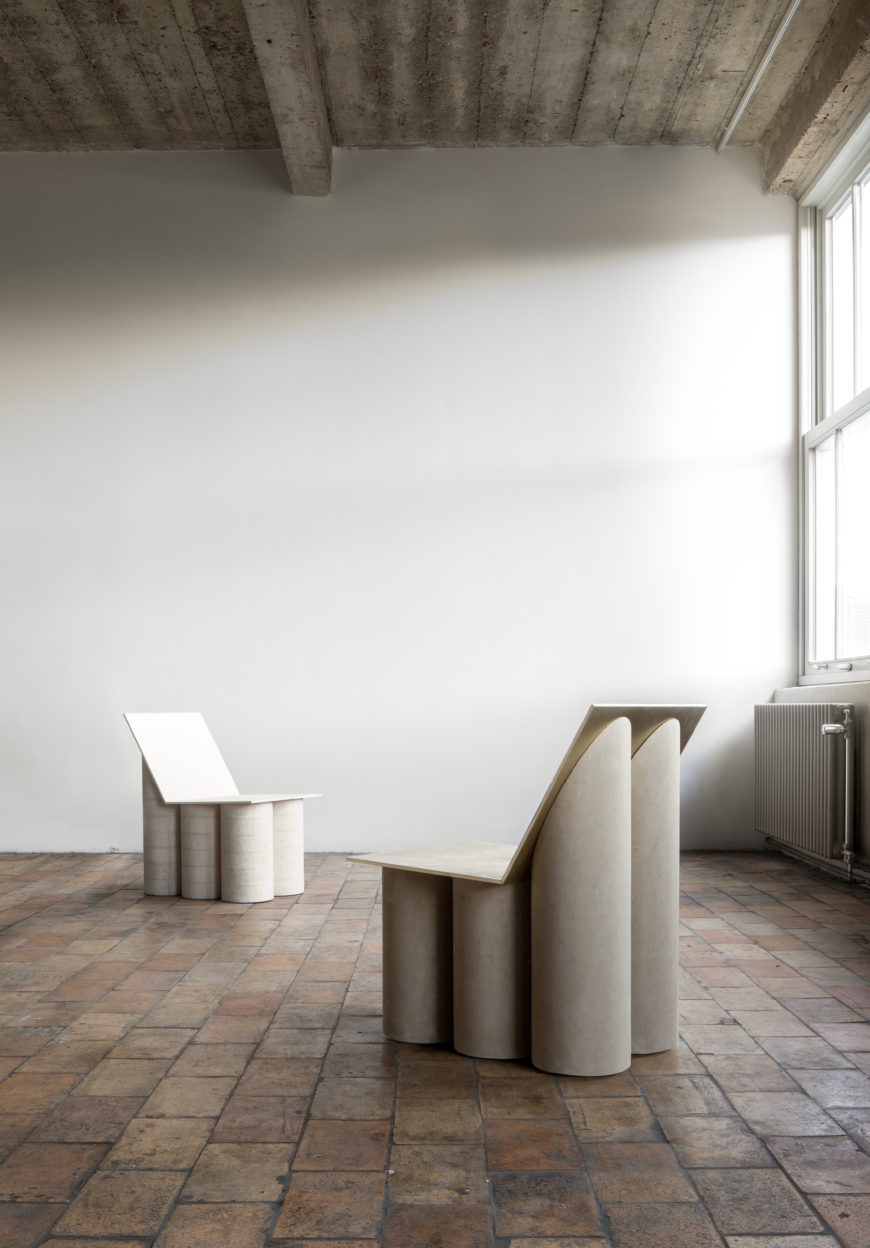 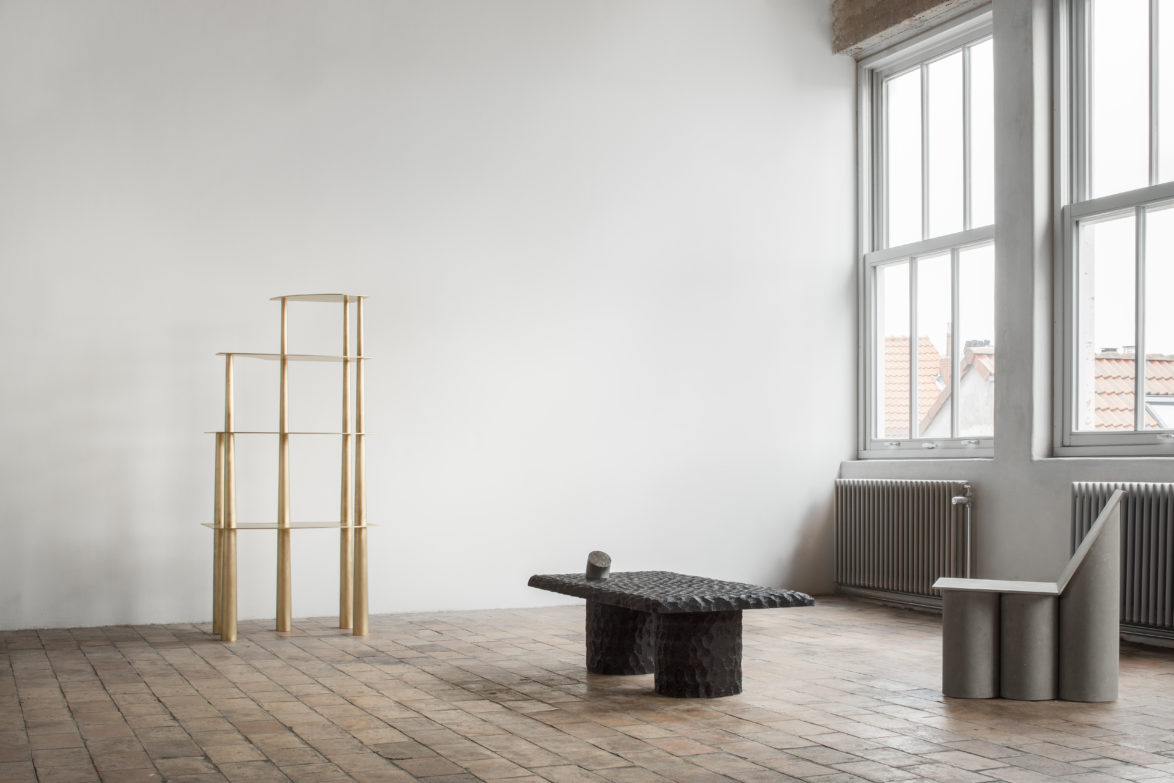 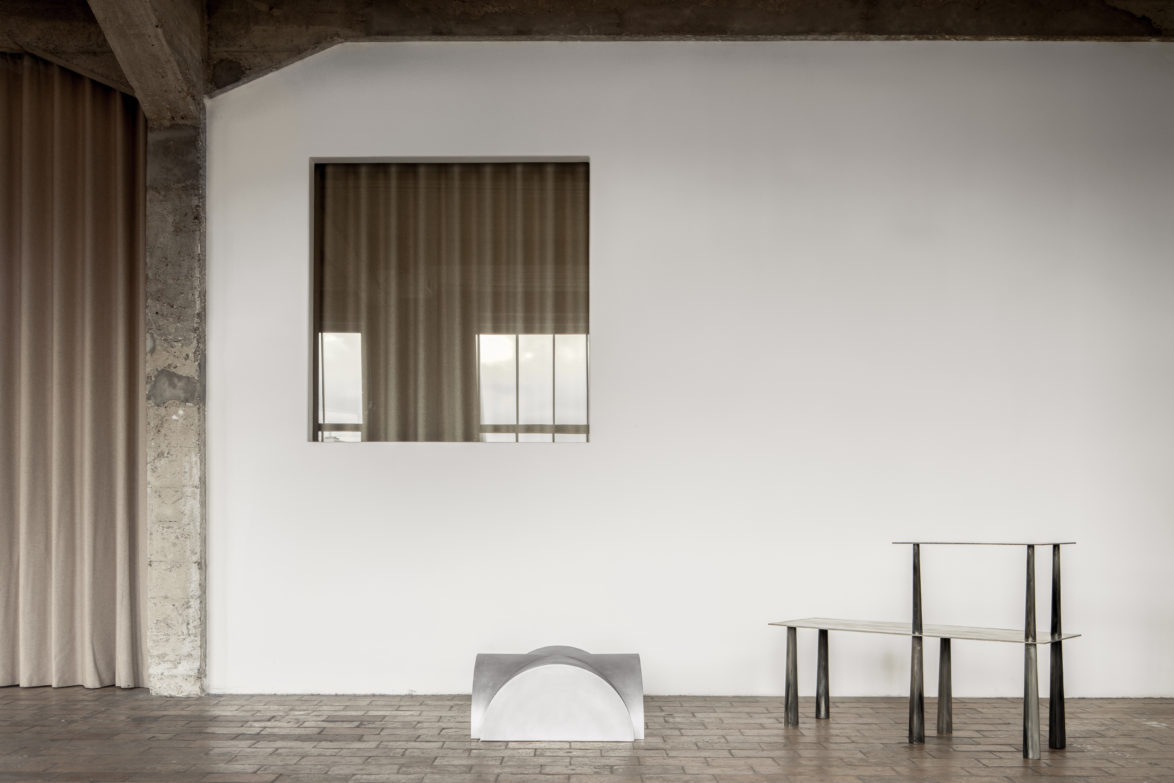 Within the works of Destroyers/Builders an interaction between the furniture pieces exist in an overarching inspiration, which is found in architectural elements, materials or building techniques. Linde Freya Tangelder, founder of the studio, felt the urge to situate these pieces together in a spatial context, in which the specific architectural elements will start a dialogue with the furniture objects therein. In conversation with architecture photographer Jeroen Verrecht, who has captured an overview of the collection in a loft renovated and renewed by noAarchitecten.

This photographic series, took place in the architectural loft Le Lorrain, located in Brussels: a transformation of an old industrial building into a spatial apartment.

The shades of the old industrial tiles, the paint spots and traces of the former inhabiting painter, a concrete construction of pillars and beams and the concrete ceiling – these are some brutal elements that became the context the works of D/B.

In this surrounding, the Bolder Chair, designed in 2018, meets the newly launched Bolder Chair II, a version of the chair in limestone and brass. It’s the context for another new design; an open cabinet, named High Section, which is fully made in brass. Carved wood, hand-sanded aluminium and brass, brick and “fake horn” variations explain the aesthetics of the studio. The pieces are part of the limited editions of the studio, but some of the objects – like Brick Bookend and Duct Mirror – are designed for valerie_objects; the Belgian design brand established by Axel Van Den Bossche, CEO of Serax, and Veerle Wenes, owner of Antwerp’s Valerie Traan Gallery.

In the apartment you find a contrast – in opposition of the brutal elements, some very soft tones and materials are prominent, like a felt curtain in a faded pink colour and as well the walls, that are finished with a natural sand coating. That is why the works of Destroyers/Builders feel so related; the overlap between the soft and the brutal details.

This overview of the collection give a suggestion of a living space, but stay abstract in their compositions.

The dialogue between the architectural context and the furniture of Linde Freya opens new perspectives – by placing them in space she reflects on the source of her inspiration, and finds new dialogues that can become a starting point for upcoming projects.