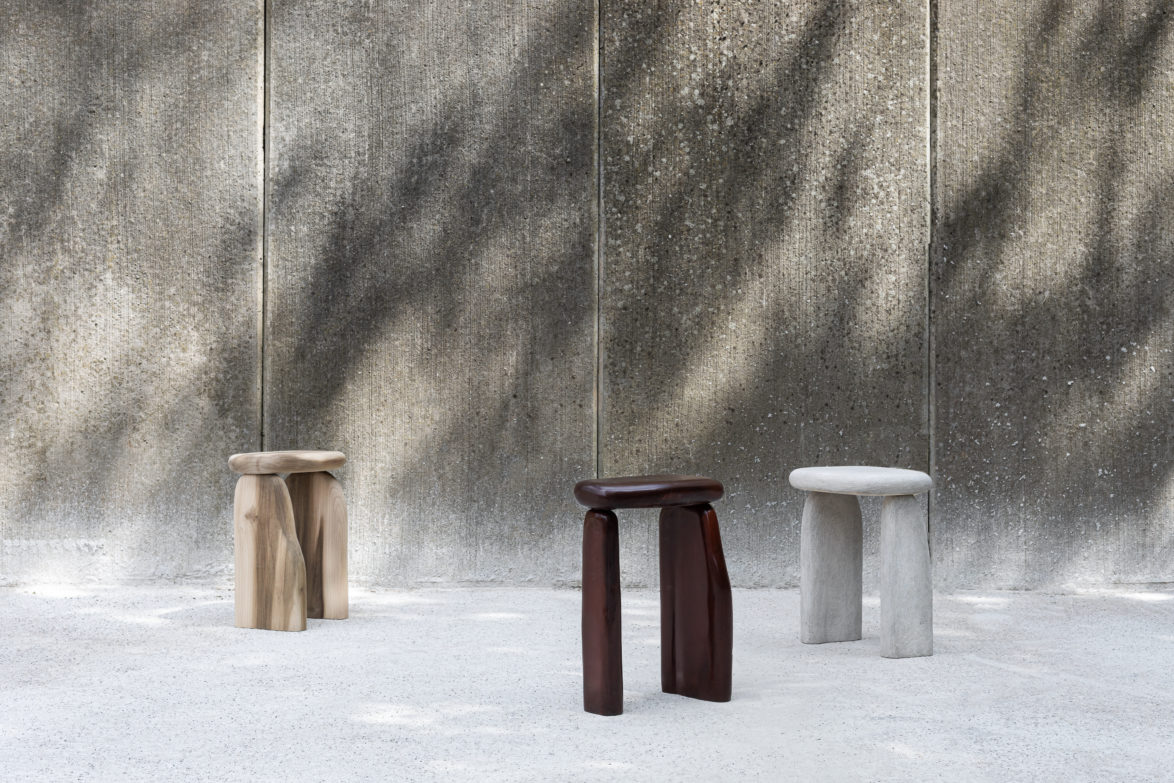 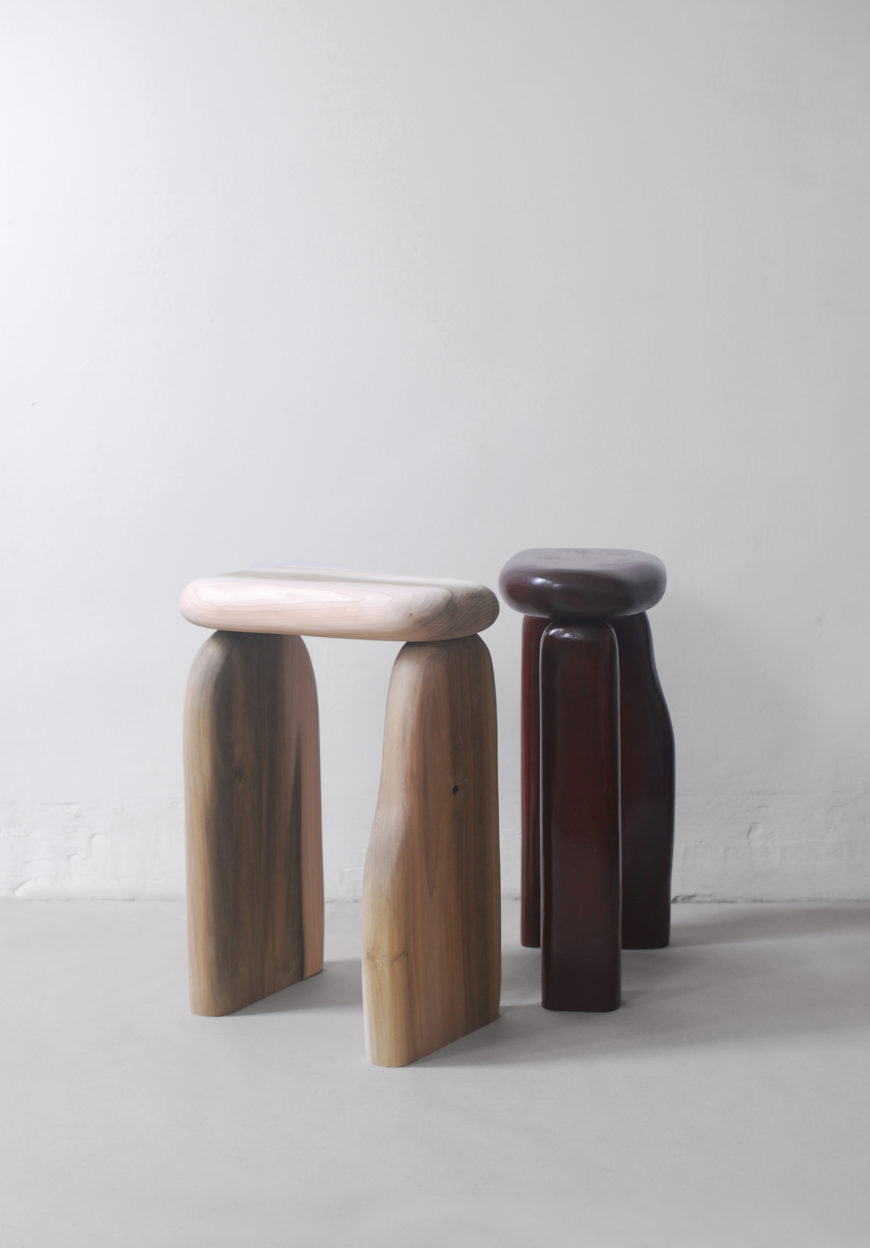 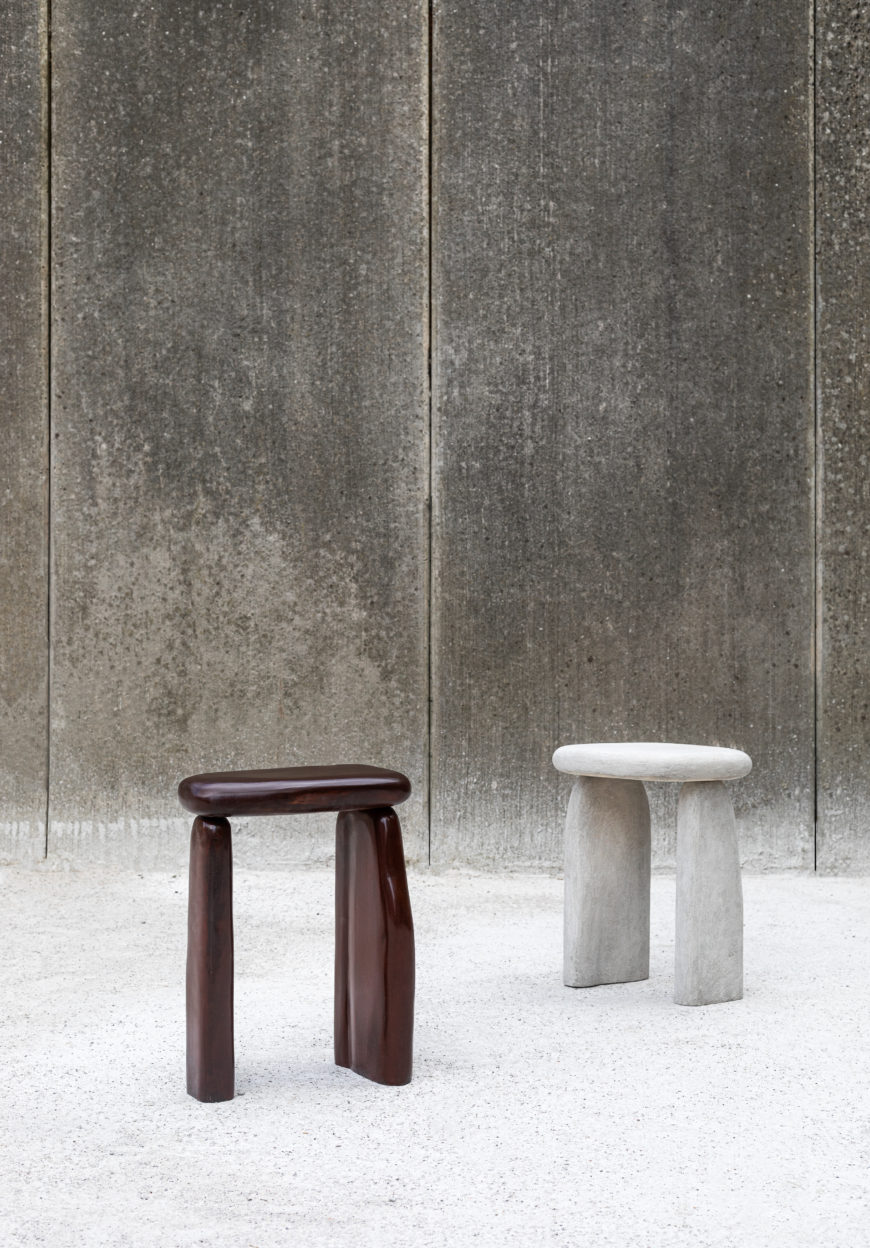 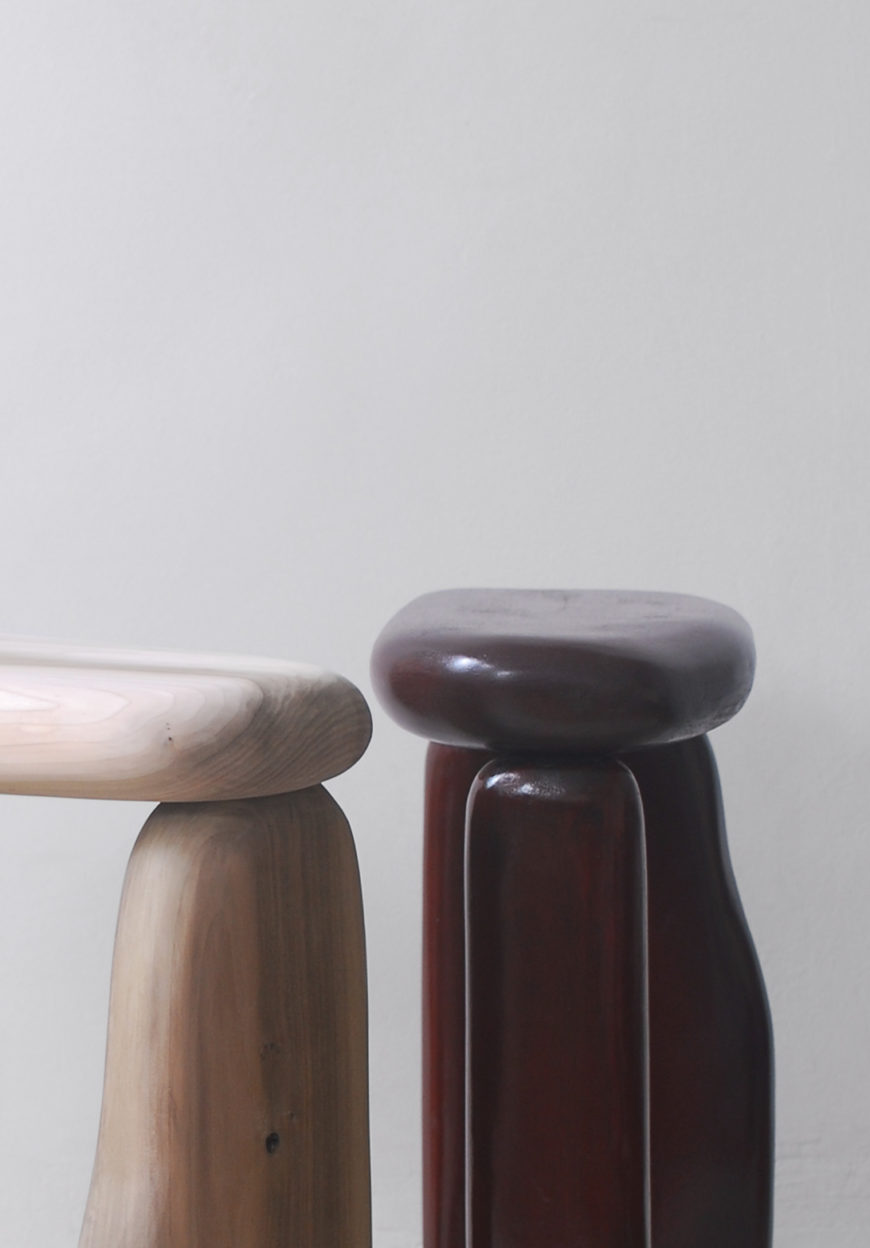 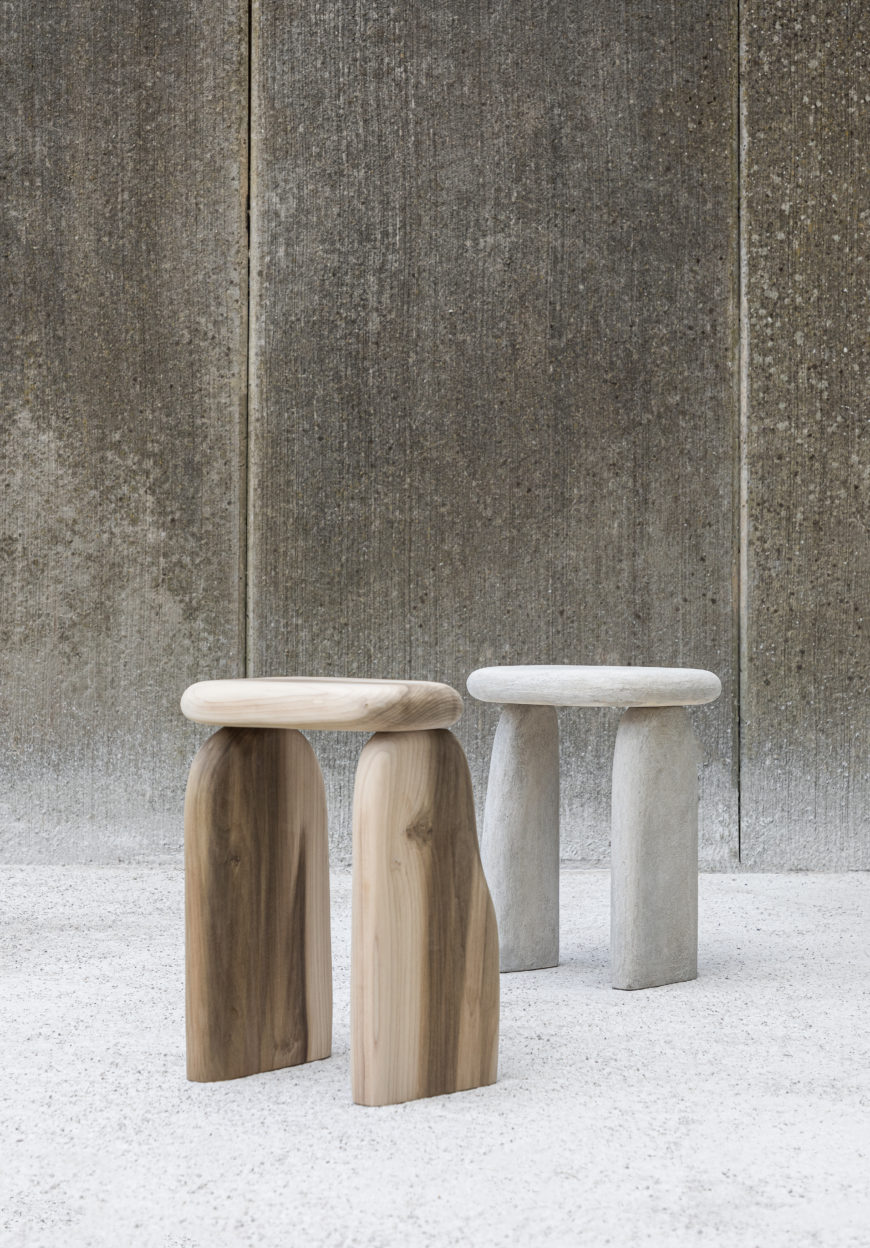 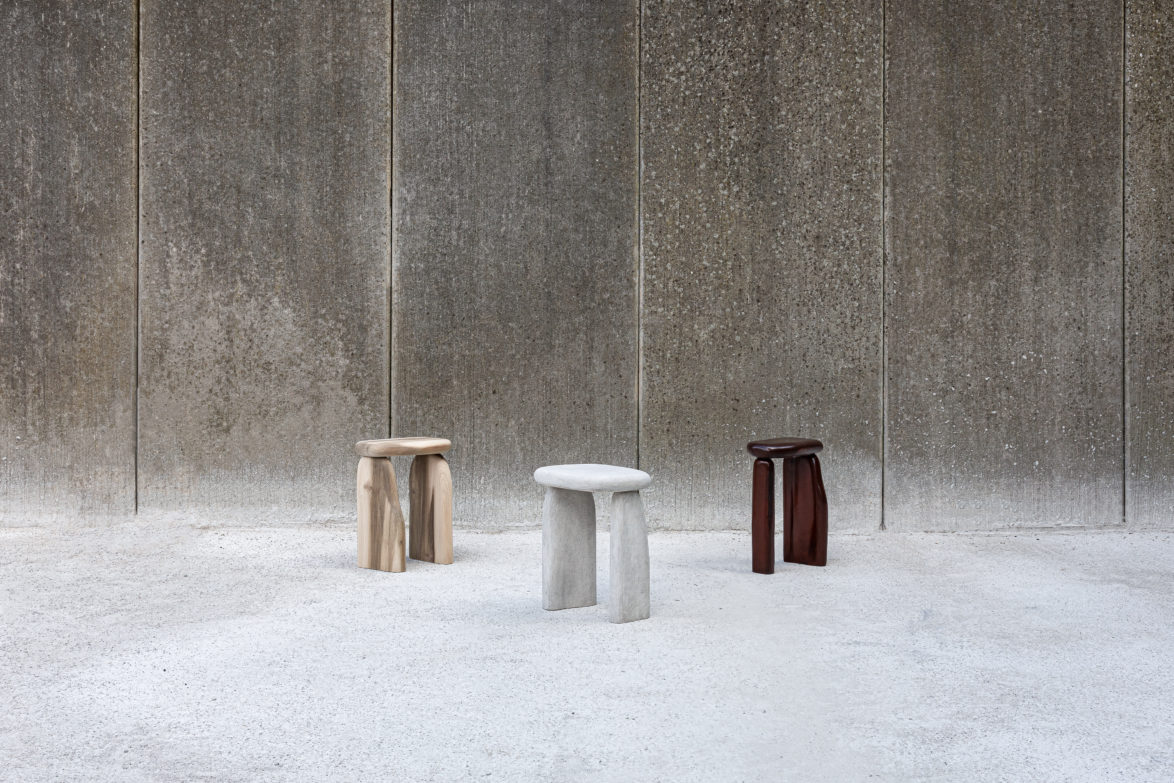 These versions are as well available as small coffee tables.

Brutalist building SESC Pompeia, by Lina bo Bardi (Sao Paulo) is a guidance within the process for ‘windows of bo bardi’. The interventions Lina bo Bardi, Italian-Brazilian architect, carried out and the experimental aspect for which she was given space, has taken on impressive forms. The organic windows in the concrete building create a fluid aspect to the heavy building. The lively structures of the concrete, sandblasted surfaces, to find the essence of the building. By connecting the one and the other section, she connects gravity with a lightness.

For me, it is an attempt to bring back a fragment of this architectural gestures, the materiality and her daring form language, in which I allowed further associations. Lina bo Bardi, admired in her social and architectural decisiveness. Brutal but delicate.